105 pre-school and primary school children from the provinces of Seville, Cádiz and Huelva have carried out educational workshops that aim to bring olive oil culture closer to future generations. The conferences, developed within the project El Olivar – Educando en la alimentación del futuro, promoted by Acesur and EIT Food, allow schoolchildren to learn about the process of making olive oil and its properties, as well as its importance as a hallmark of Andalusia. With this, the development of critical thinking in minors is favored, while they learn how the food system works. 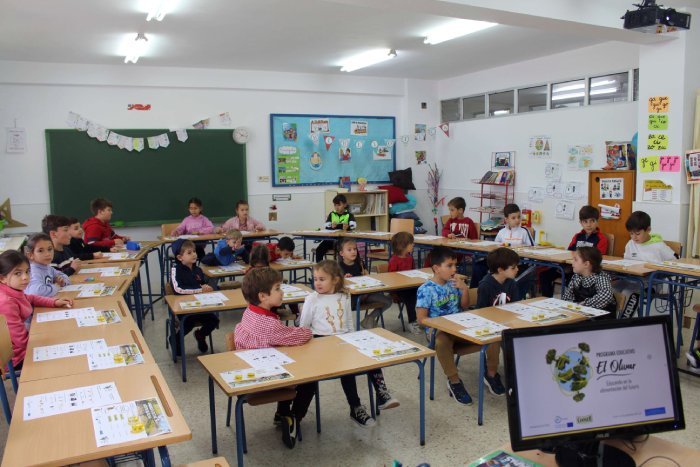 Specifically, three sessions have been held in the Andalusian community. A Workshop on oil culture: olive oil as a pillar of the Mediterranean diet for students of the Nuestra Señora de la Candelaria Educational and Social Association at the Hacienda Guzmán (La Rinconada, Seville). A Conference on The process of obtaining olive oil olive oil: from the field to the table at CEIP Nueva Jarilla (Nueva Jarilla, Jerez de la Frontera, Cádiz) and the Workshop Olive oil as a sign of sociocultural identity of Andalusia at CEIP Los Llanos (Almonte, Huelva). In addition, at the end of the sessions, all the participants have carried out a tasting of two monovarietals of extra virgin olive oil to find out their attributes and thus promote the incorporation of the consumption of extra virgin olive oil in their daily diet.

The educational program El Olivar – Educando en la alimentación del futuro was created so that the teaching community could have educational resources in digital format free of charge and thus be able to show their students the contents related to the olive growing environment. Using a didactic guide as a base, the project facilitates the approach to the subject with detailed explanations, dynamics and games, as well as holding educational events and workshops. With this program, Andalusian minors study the olive grove as an ecosystem and strategic productive sector in the Andalusian economy and culture, as well as the importance of oil consumption as part of a healthy diet. 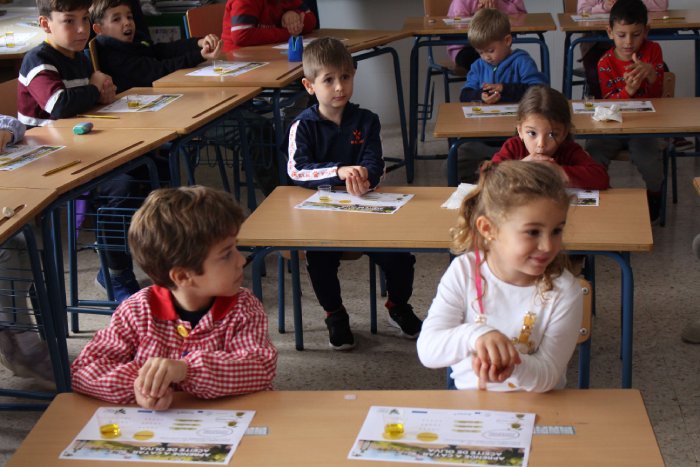 In this initiative, released last October to Andalusian educational centers, students were able to participate in a contest to prepare cooking recipes with olive oil, convened to commemorate World Olive Tree Day. The winning students, María del Carmen García Núñez and Rocío García Muñoz from the Colegio Salesiano San Agustín de Linares (Jaén), will participate together with their classmates in the first gymkhana of the El Olivar – Educando en la alimentación del futuro program at Hacienda Guzmán, headquarters of the Juan Ramón Guillén Foundation. During the day, students must pass a series of tests that certify the acquisition of knowledge and the fulfillment of the objectives of the program.

The olive tree and its precious olive oil have an undeniable cultural significance from various fields, with 80% of Spanish oil of Andalusian origin. In this sense, Acesur considers it essential to bring Andalusian students in Primary Education closer to one of the determining elements of the sociocultural identity of Andalusia. Thus, the project, co-financed by Acesur and EIT Food, is committed to bringing the culture of olive oil to the classroom as a valuable gastronomic, economic, cultural and social legacy to transmit to the new generations. The proposed methodology combines learning theory with visual thinking guidelines to offer impressive and close content, capable of awakening consciences. For this reason, a didactic itinerary is proposed where the desire to learn is born from attractive content and curiosity about the experiences and mysteries revealed.

Acesur completes the R&D project “Easy Taste”, obtaining its own analytical method, capable of supplying the work of the Tasting Panel with guarantees

Acesur completes the R&D project “Easy Taste”, obtaining its own analytical method, capable of supplying the work of the Tasting Panel with guarantees

Acesur reduces its emissions by 17.21% despite increasing its production

Acesur reduces its emissions by 17.21% despite increasing its production

You can find out more about which cookies we are using or switch them off in settings.

This website uses cookies so that we can provide you with the best user experience possible. Cookie information is stored in your browser and performs functions such as recognising you when you return to our website and helping our team to understand which sections of the website you find most interesting and useful.

Strictly Necessary Cookie should be enabled at all times so that we can save your preferences for cookie settings.

If you disable this cookie, we will not be able to save your preferences. This means that every time you visit this website you will need to enable or disable cookies again.

This site is registered on wpml.org as a development site.